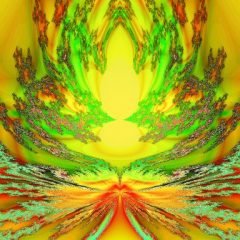 Technology can prepare anyone  to complete a journey.  You must take the first steps and the momentum will keep you going.

While growing up, I discovered the joy of music and that it has only grown over the years.  I knew what I wanted to hear, but how do I create it? Technology is the answer.

Well, I knew yours truly was not the most gifted of musicians, so my task was to exploit my God-given talents.  I’ve always enjoyed writing, so I wrote poetry of all sorts  (mostly  drivel, but you have to start somewhere!).   I spent my early years learning trumpet, then music theory. Then, I started to learn guitar and put together a lot of stuff (Listened to James Taylor, Miles Davis, the Beatles,  Frank Zappa, and everything in between, so you can only imagine what I came up with!)

In 1971, I went  to college when synthesizers were first coming out. There was a synthesizer room you actually had to schedule to use! I was able to figure out how to use patch cords (!) to get my acoustic pick-up-mounted guitar to play through an  ARP 2600 synthesizer, unheard-of in my limited sphere.  It was then I decided I wouldn’t become a music teacher, and left to pursue my adventure.

This was 1973, and did not want to play in a cover band, nor could I find like-minded people, so worked night blue-collar jobs obtained a basic 4-track studio, instruments, and started writing and recording my original music.  It wasn’t pretty, but a start, nonetheless. A lot of isolation, but it was a learning experience for me.

Along the way, my ears were kept open to all music.  My natural limited-attention span would not let my chosen form of communication be boxed-in.  Rock, jazz, classical, Motown, blues, avant-garde, folk, and everything in between were all part of that gumbo.  Maybe  I didn’t know what I was doing, but kept at it anyway.

I studied “Music Business” in the mid-eighties and knew I wouldn’t fit into any of that mess, so kept my head down and learned Windows,  Finale music notation, VST, and midi-sequencing.  All this kept me busy through the nineties.  Technology is starting to work its magic!

Keeping my ears (and mind) open, I was asked by our daughter (Kerri Hirsch Upton)  to produce her drum/vocal band Spiral Rhythm’s first CD, so I did.  It was recorded right in our living room.  Ric Neyer and Kerri wanted to form an offshoot band from Spiral Rhythm, so  Skyypilot was born.  I joined Spiral Rhythm, and met Steve Collins (he literally built the stage we played on), who had a band named Moonstruck.  He needed a second guitarist, so I joined them for a time. Some nights, I would play three consecutive sets with three different groups!   Steve was a great guy who encouraged me to keep recording, so  I did!

Using an early Roland 16-track digital recorder, I recorded the first seven Spiral Rhythm albums, the first three Skyypilot albums, and “The Balance”, a fine album by Heather Jinmaku.  Since 2006, I have been recording all material “in the box” (on computer).

Technology has been huge.  Now, I can use plugins for a tiny fraction of the cost (and space) of the original hardware.  I have software that replicates pretty much everything the Beatles used on their Abbey Road recordings.  I have software (Amplitude 4) that lets me record a guitar part with dry signal, then manipulate it in any way, then back to original if I don’t like the amp or effects. My music can be released online and streaming almost instantly.

I decided to make my own Skyypilot music videos, so I subscribed to Videoblocks and began editing downloaded content using Windows Movie Maker.  I set up a website and just started blogging, so it is always a work-in-progress.  No longer doing the blue-collar thing, I am now diving into even more challenges.  One can try to prepare, but there’s nothing like going in there and thrashing it out.  You learn from your mistakes, believe me… Just do it!

Authors note: I received no compensation for any products mentioned above.