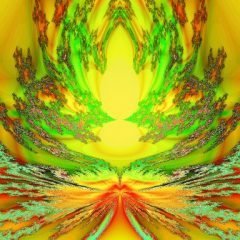 Never Listen to the Critics

What Do They Know?

Critics are everywhere.  You’ll see them on television, print, internet, etc.  There’s always someone better, more qualified to look down on us and shake his/her head in disapproval.   Too bad!

I could never “fit in”, so after a time,  I just didn’t worry about it.  No, I’m not in a conventional band.   I don’t “play out” and I’ve never played  covers, a  (Never even learned “Stairway to Heaven” :).   Even though “imitation is the sincerest form of flattery”,   all one can do is be the best person one can be, and let the chips fall.

True ground breakers succeed from failure- a lot of it.  Without the countless failures before their successes, Thomas Edison and Les Paul would not have shaped the recording industry as we know it today.  It is so easy just to throw up your hands and quit.  You are never a loser unless you quit.  Even now, I discover music recorded by bands I’ve never heard.  Most is garbage, but I find a lot of hidden gems, as well.  Why didn’t I hear these records before?  Because for many, it was just easier to throw in the towel than to soldier on.  The Beatles,  Creedence Clearwater Revival, Frank Zappa, and so many others were told  “no commercial potential”  and stayed the course anyway.  When you get to a certain point of rejection, what difference does another one make?

What it gets down to is this: Do what makes you feel alive.  Only you know the answer to that.  Do it the very best you can at that moment, learn from the many mistakes you’ll make, rinse, and repeat.  You are personally in charge of your own happiness.  The critics don’t care.  They aren’t you, and who made them in charge?